“Good luck with that!” they said.  “Why build a rainforest when there’s a real one just up the road?!!”

Fast forward 30 years, and the answer is still the same: Wildlife Habitat Port Douglas offers a rare and genuine opportunity for visitors to observe and interact with the wildlife of Tropical North Queensland in a full immersion experience; meaning that visitors can walk freely amongst eight acres of lovingly recreated ecosystems and natural habitats up close and personal with some of Australia’s most exquisite, elusive and iconic native wildlife.

Wildlife Habitat’s rich history began over three decades ago in 1989, when it first opened as the Rainforest Habitat on the site of an old cane field.

Here’s a little overview of our history over the last three decades:

1990s- The Iconic Breakfast With The Birds Began

And a media frenzy began when a Koala Joey was named after their daughter Chelsea.

Cementing itself as a pioneer in eco tourism.

It was established to look after sick, orphaned and injured native wildlife.

Charlie and Pip Woodward, who began their family business in 1976 when they opened Rainforestation Nature Park in Kuranda, acquire the Rainforest Habitat as part of the CaPTA Group (Cairns and Port Trips and Attractions).

Alongside this, Nail Tail Wallabies were introduced to the park, meaning that the park now had the most diverse range of macropods in Queensland.

Alongside this, WildNIGHT Nocturnal Tours and the Junior Keepers school holiday program began.

These personalised, private tours offered a premium experience for guests. 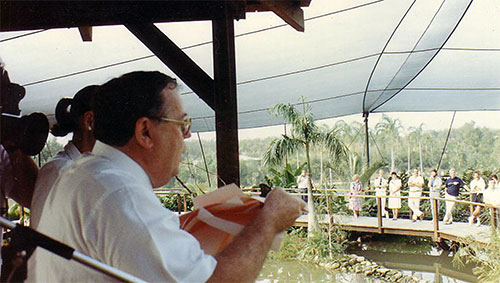 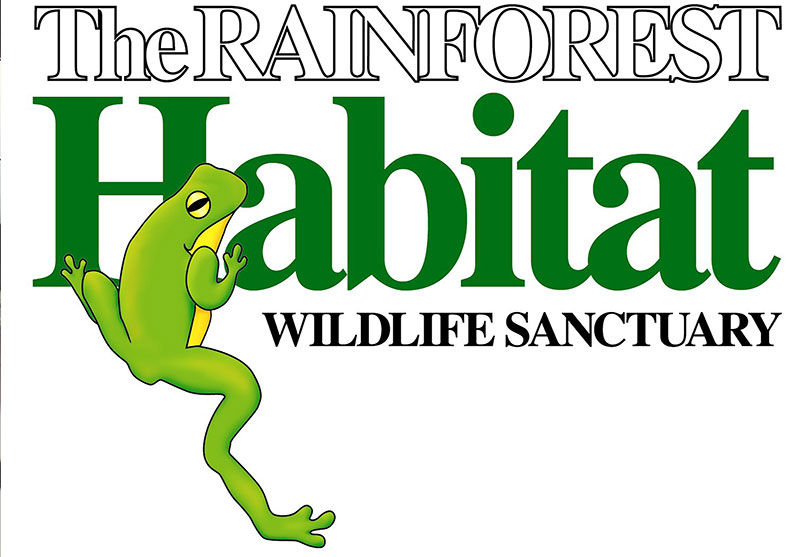 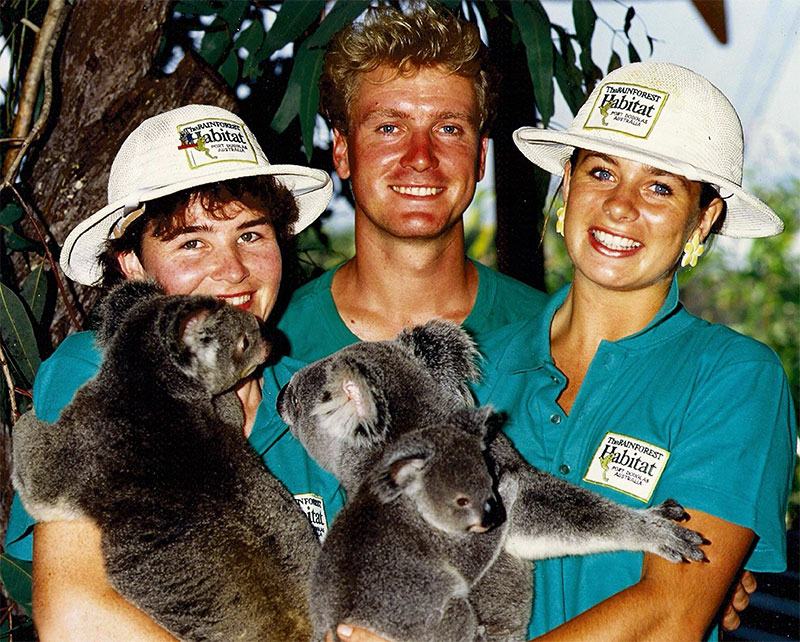 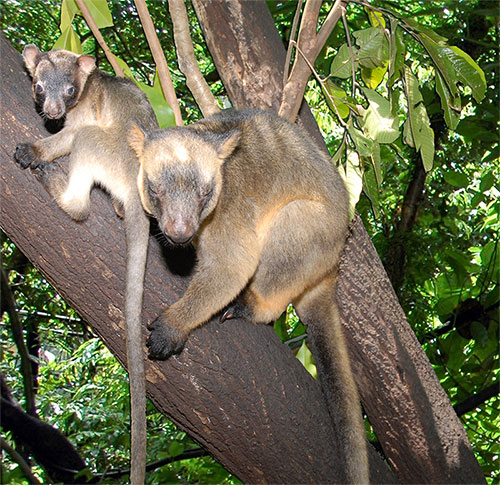 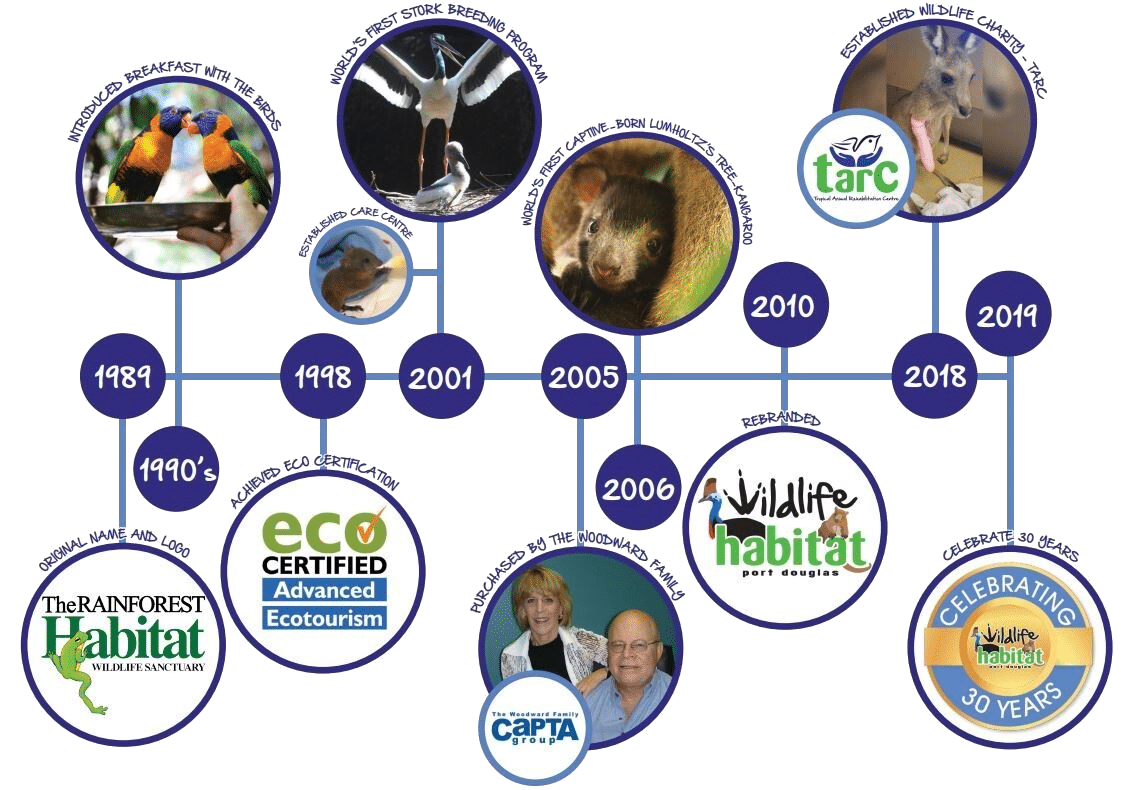