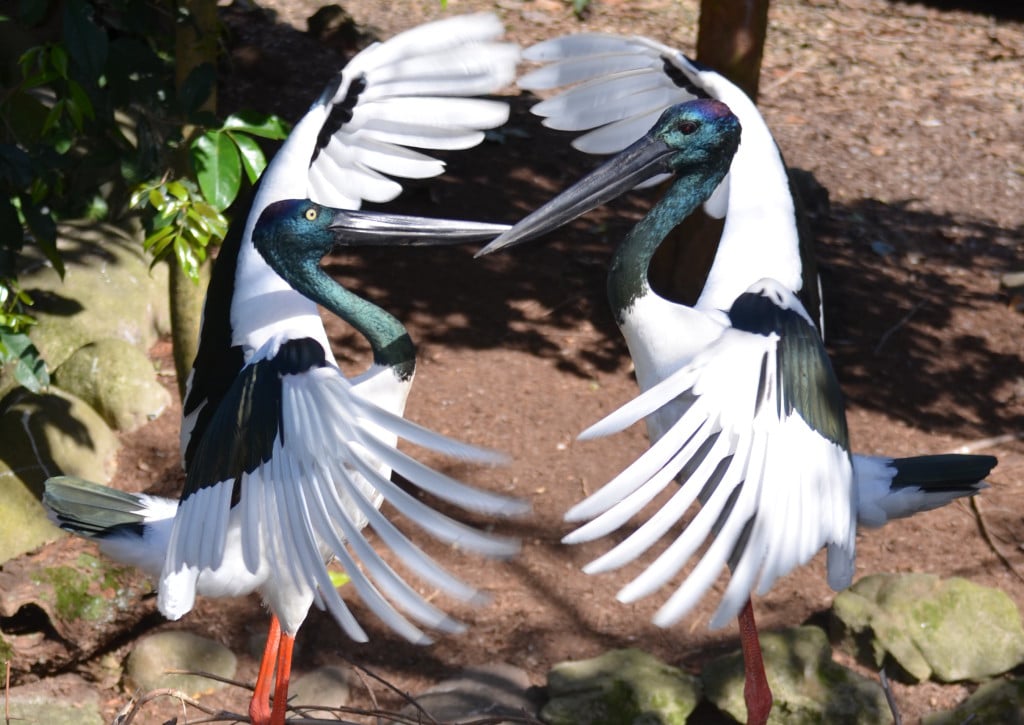 Last blog I gave you an insight into what it takes to feed a zoo, this week I’d like to introduce you to just a few of the Australian animals that call the Wildlife Habitat home.

Obviously I can’t introduce them all to you in the one blog, so here are a few of my key favourites…. (shhh don’t tell the other animals I said that!)

We might have a few birds who consider themselves King, but as they say in some movie some where (I am sure) – there can be only one true king!

Here at Wildlife Habitat that king is Elvis the Red-tailed Black Cockatoo.

It would seem however, that our King is happy to rule this throne as a single man; we have tried to find Elvis a female mate, he came to the park with a female named Priscilla but she quickly fell in love with another male.

However, he is only a young 36 years old, cockatoos can live up to 80+ years in captivity, so one day this King may find his Queen…

Born in Adelaide zoo on the 7th November 1992, Cass the Cassowary, is our resident female cassowary and quickly adopted the Port Douglas way of life, she does everything on “Cass Time”.

If she wants to be quick, she will be. If she wants to take a thousand years she will also be happy to oblige. She certainly reminds us that the female cassowary wears the pants in the family and being the world’s third tallest bird, they are very high pants indeed!

Best Dad of every year certainly goes to James the Black-necked Stork. James was donated to the park in 1996 by Steve Irwin, to breed with our resident female Jabbie.

It was not love at first sight for this pair, it took 6 years before Jabbie was interested in the sticks James was bringing her and another year before their first chick hatched in 2003. Making us the only zoo in the world to have ever bred the black-necked stork, a record we still hold today.

In 2015 James and Jabbie broke their own record with an amazing 3 chicks hatched, making them their 15th, 16th and 17th offspring born in the park.

Kodi the koala is 10 years old this year and not only is he cute, well-mannered and extremely photogenic, he is also extremely virile!

When he was at our sister zoo Rainforestation Nature Park in Kuranda he sired 3 joeys in 12 months!

Kodi is one of our resident cuddle providers and you might be lucky enough to have your photo taken with him during our Feature Creature Souvenir photos.

Lori was donated to park quite a few years ago and is our resident Casanova, he doesn’t need to be the King, he knows he’s got “all that”.

Chatty, bold and full of all the right moves, Lori has managed to gain #1 bird status with Bella the female Eclectus, Bubba the Lorikeet, Robin the male Eclectus and his latest conquest is Charlie Galah… He can juggle all 4 at once too!

Between asking you “Wassup”, for a “kiss” or a “scratch”, strutting his stuff or simply being Lori, he always manages to get his way with both the birds and staff here at the park. Lori was also a star of our TV commercial.

Quinton the Lumholtz’s tree-kangaroo was born in the park on the 2nd January 2012.

Quinton is a fighter! He survived a serious illness a couple of years ago and as a result he holds a special place in all our hearts.

But don’t let his cute little face mislead you, his paws and claws are built for climbing and if given the opportunity he will climb you like a tree!

Wildlife Habitat is a member of the Lumholtz’s tree-kangaroo managed breeding program. In 2014, we acquired a female Ruby from TRRACC and there are hopes that together Quinton and Ruby will bring us a new arrival to add to our tree roo family.

Not every character here was given a name on arrival, some names have evolved over time. Take Britney the Australasian Darter, she was named by keepers after she was observed being a keen spear fisherwoman.

Our Britney is pretty popular with the paparazzi that visit the park, she is a stunning specimen and enjoys posing for photos.

But she also wins mens hearts over with her amazing fishing skills, she is able to hold her breath for a long time as she dives and darts through the Wetlands ponds catching her lunch.

I look forward to introducing you to some more of our great Australia animals in future blogs.

We have some pretty special news to announce this week! Follow us on Facebook to see what it could possibly be!!