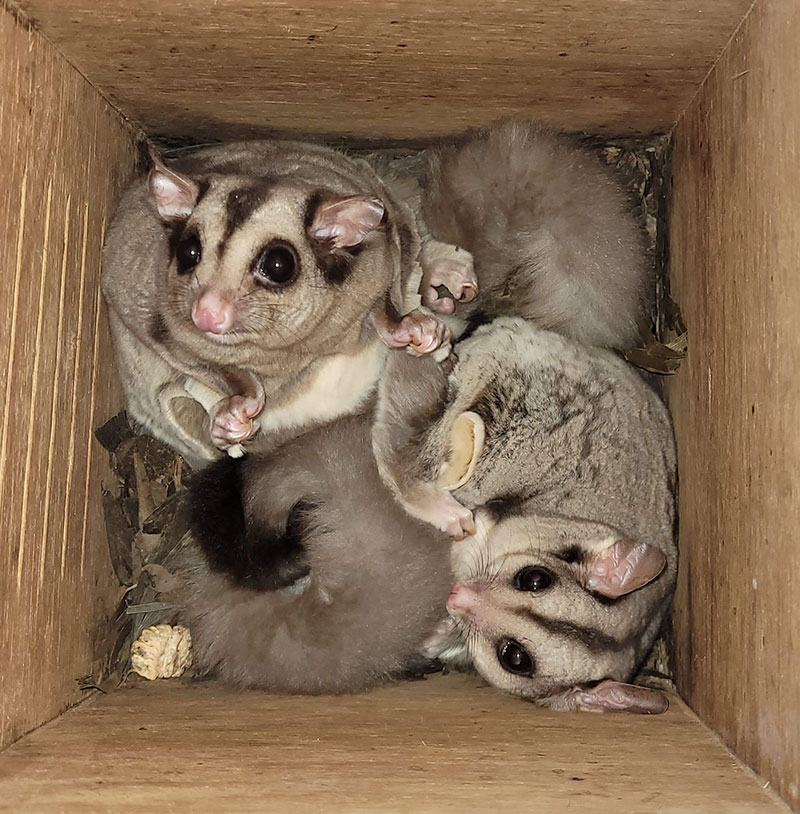 Wildlife Habitat is tickled pink, or mahogany should we say, to welcome an endangered Mahogany Glider joey.

If that alone doesn’t have you jumping for jo-ey, the mini marsupial also marks a major win in native wildlife conservation. Incredibly, the joey is the first one born successfully in captivity in two years.

At Wildlife Habitat, we are proud to be working to protect this endangered species and are part of a captive breeding program with several other Zoo and Aquarium Association accredited wildlife institutions. The breeding program aims to sustain a healthy, genetically diverse population of the Mahogany Glider.

The female joey was born to our much-loved Mahogany Glider, Acacia in November. Incredibly enough, Acacia was actually the last successful joey born via the breeding program four years ago.

If that wasn’t impressive enough, the new joey may also be the first in history be born in a reverse lighting facility. The joey and her mother live in our Nocturnal Habitat, which mimics night and day through reverse lighting technology.

With just 1500 Mahogany Gliders remaining in the wild, maintaining a captive population of the species is more important than ever.

The Mahogany Glider is endemic to Far North Queensland and can only be found in a tiny fragment of habitat between Townsville and Cardwell. Sadly, 80% of its habitat has been cleared for agriculture.

Other threats to the species include feral predators, degrading of habitat and barbed wire fences.

With the Mahogany Glider diminishing in the wild, captive populations are an integral part of ensuring that the species doesn’t go extinct. In the future, if we are able to continue to breed the species successfully, we may be able to release them back into the wild to have maximum impact.