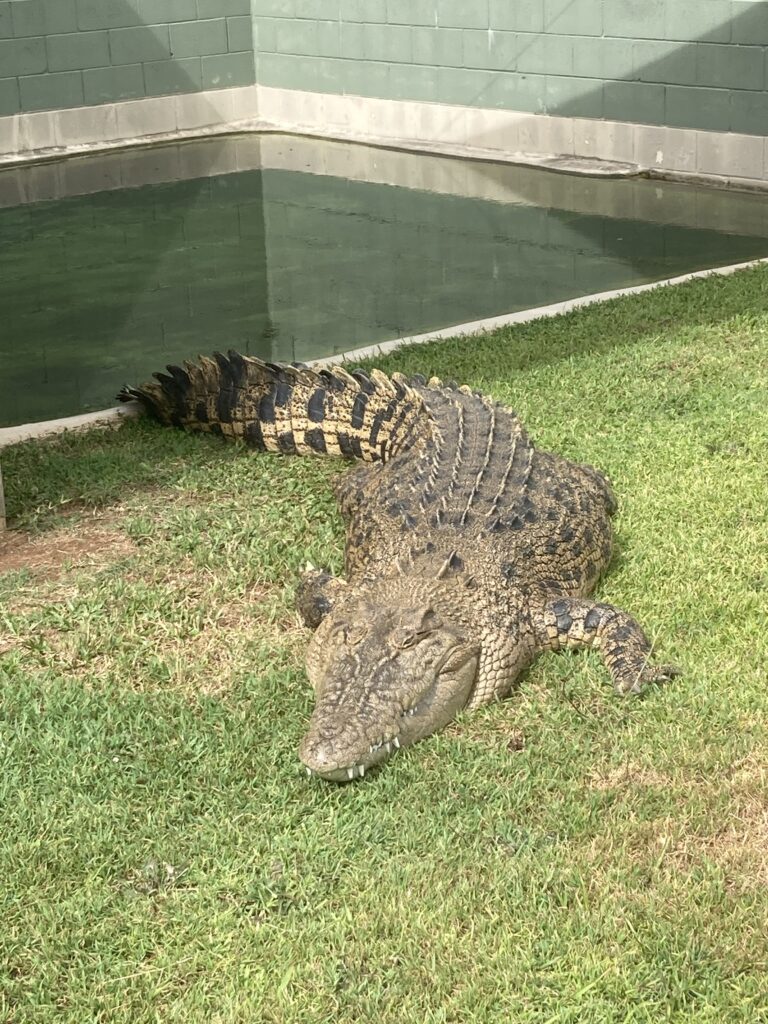 Three of the planet’s deadliest predators will be making a splash at Australia’s leading wildlife experience, Wildlife Habitat Port Douglas, as part of their thrilling brand new CrocArena with its “Swim with the Salties” experience.

In the coming weeks, the ‘snappy’ new arrivals will be making their way to Wildlife Habitat from the Irwin’s world-famous Australia Zoo on the Sunshine Coast.

The wildlife park will soon be ‘croc-a-block’ with gigantic apex predators making it the most sought-after crocodile experience in the region.

The new CrocArena will showcase these prehistoric new arrivals in a tropical oasis with large, clear water lagoon pools shaded by established trees.

Wildlife Habitat General Manager Clare Anderson said she was eager to meet the new crocodiles – but from a safe distance, of course.

“Crocodiles are both fearsome and fascinating, and each of them has a lot of attitude and personality that will excite our guests,” Ms Anderson said.

With their welfare a priority, the crocodiles will be transported nearly 2000km from Australia Zoo in the safety of a climate–controlled vehicle.

Ms Anderson said the process needed to be planned to precision to transport the animals here quickly, safely, and keep them as comfortable as possible.

“It will take a team of professionals on an around–the–clock schedule to continuously transport these surprisingly sensitive creatures – you have to be prepared and careful, but everyone’s trained, and know what they have to do,” said Ms Anderson.

The new CrocArena at Wildlife Habitat will be home to Queensland’s first “Swim with the Salties” experience, which is expected to significantly scale up tourism to the region.