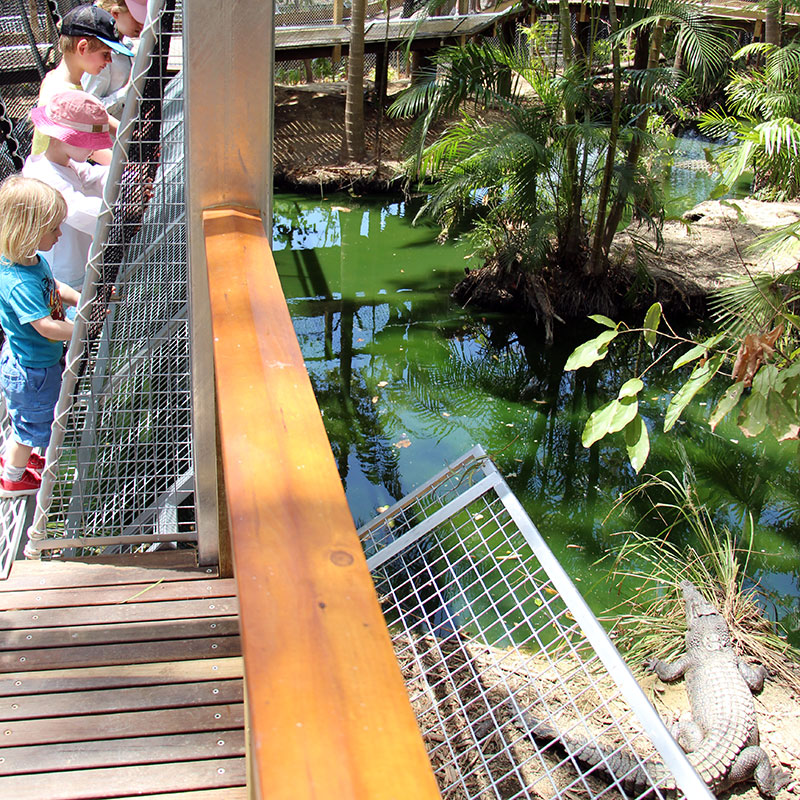 Shiver me timbers…. the Predator Plank is here!

Get ready for a jaw dropping (or should we say snapping) experience; the world’s first Predator Plank has officially opened at Port Douglas Wildlife Habitat!

Wednesday 19th September saw the very first person brave the plank, as a four metre male Saltie and his three girlfriends swarmed below in the murky waters. All we can say is… “its time to walk the plank!”

The world’s first plank walk over crocodile filled waters offers a wildlife experience with an adrenaline-filled edge. The slightly shaky plank allows you to get up close and personal with one of nature’s fiercest apex predators.

Inhabitants include the terrifying 4.2 metre male Babinda, who was found lurking close to a boat ramp at Babinda back in 2004. This giant predator has been treated to three girlfriends who share his swampy habitat, which pretty much makes him Port Douglas’s answer to Hugh Hefner! 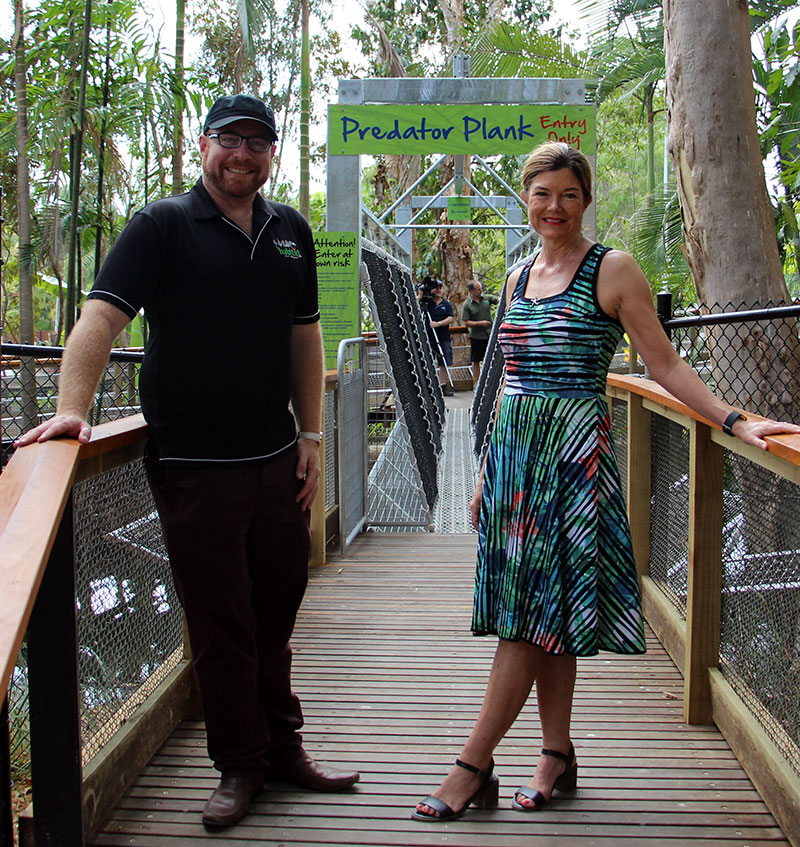 The Predator Plank was opened by Wendy Morris from TTNQ, who is also the daughter of one of the original owners of Wildlife Habitat. 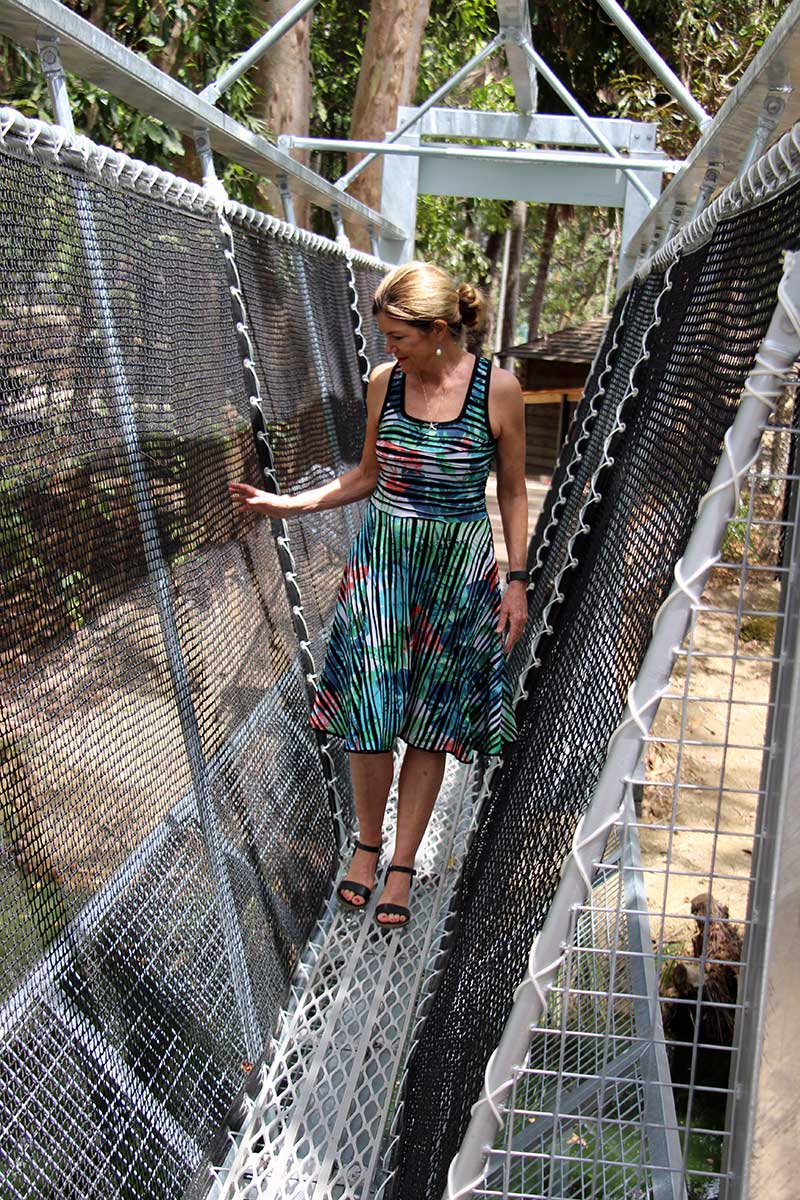 Guests were then treated to the ultimate croc feeding and our big boy Babinda certainly put on a show!

We can’t exactly read Babinda’s mind, but we imagine he is thinking: “Feed me now and make it snappy!” 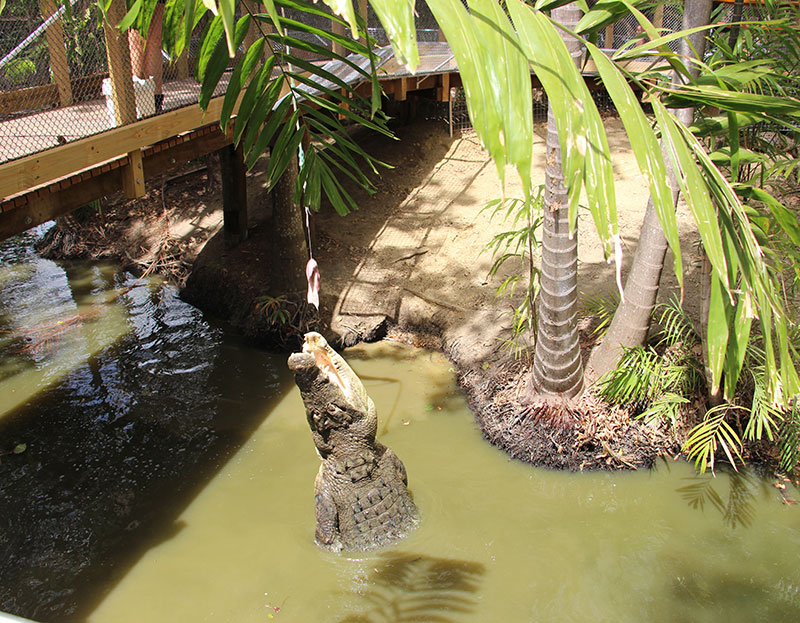 Are you ready to walk the plank? It’s included with entry to Wildlife Habitat. Book now!