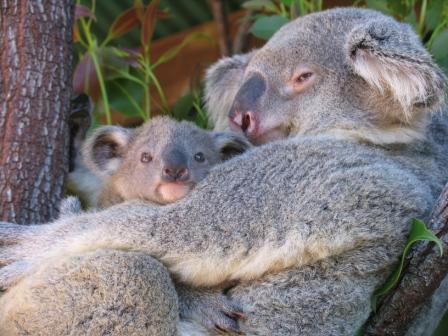 Working towards saving our koalas, the CaPTA Group launches an IVF program for koala breeding.

The CaPTA Group has announced a partnership with a leading researcher to add genetic diversity to captive koalas and increase the wild koala population in Tropical North Queensland.

The use of In Vitro Fertilisation (IVF), with artificial sperm transfers from wild male koalas into the captive population, will contribute towards new family trees in the limited wild population and take vital steps towards saving our koalas. It will also allow captive koalas to have a new genetic foundation, which will act as insurance for future population growth of koalas in the region.

The breeding program has the backing of the Zoo & Aquarium Association of Queensland (ZAAQ), Dreamworld’s Department of Life Sciences and the Queensland Government Environmental Protection Agency.

Cairns ZOOM & Wildlife Dome General Manager Michael Bowley said the latest technology and science allowed scientists to explore new ways of creating genetic diversity in the koala population, which would lead to healthy captive koalas. “We are very proud to be partnering with Bridie Schultz, a PhD student at the University of Queensland and a true pioneer in her specialised field,” he said. “This will be the start of a program where new breakthroughs in science research can help Mother Nature care for our population of the cutest wildlife around Cairns.”

The breeding program will allow the wildlife parks to breed koalas for future wild release on the Tablelands, which will ensure an increase in the numbers of healthy, wild koalas around the region.

The IVF process boasts a 70 percent success rate in assist births, with five female koalas being prepared for this procedure in the initial stages of the program.